Why did England name their squad before the final ODI in India? I'm sure there must be a reason for this but as yet it has not been made clear to all of us.
Imagine the atmosphere in the England camp. Tim Bresnan probably appreciates the time off to try and get himself fit and marked his last outing wih a four wicket haul; but Craig Kieswetter, Jade Dernbach and Stuart Meaker must have spent Sunday feeling as useful as a cat flap in an elephant house during the final match against India. Hardly conducive to team spirit I suspect.
Likewise Eoin Morgan and Samit Patel were both removed from the Test squad and then selected for the final match in the Himalayan foothills. Samit's six overs at 7.66 did not suggest he was in the best of moods.
I do find these things odd. Why not wait another 72 hours? In this era of professionalism, and we are constantly being told how professional the England set up is these days and that nothing is left to chance, I would expect players to be treated as adults, not those who have been dropped to be treated like naughty school kids and made to watch their mates perform one last time before being sent home, presumably without any supper.
Having said all that, England have largely made the right decisions. It's exciting to see Chris Woakes and James Harris in the squads, both have been on the radar for a while and Woakes in particular has all the attributes to do well in New Zealand. 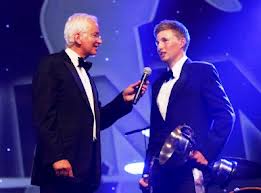 Joe Root has had a great winter so far and is fast becoming the anointed one. The FEC (Future England Captain) moniker was bestowed on Mike Atherton, Andrew Strauss and Alastair Cook at an early age and it seems the same is happening to Root – let's hope it does not adversely affect him.
The weirdest decision of all is the selection of Rikki Clarke in the performance squad. At 31 years old he is by no means past it; in fact since moving to Warwickshire he has come close to reaches the heights that he did, albeit briefly, in his early days at Surrey. But would it not be more sensible to add him to the Twenty20 squad, rather than put a man with a questionable temperament in with the next generation of players?
England registered a good win today which will give a timely boost before the journey to New Zealand. The wicket keep question is the largest one remaining, other than the one about squad announcements.