Mitch the Robot is back! 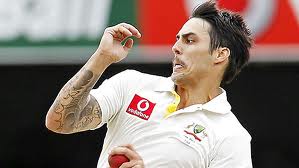 'Good f**king Lord, NO!'. That was the involuntary reaction of most of Australia upon realising that Mitchell Johnson has been recalled for the Perth Test.