India Vs England: Nagpur Day One

In England we often year for the good old days, or talk about how things were better before, but during the first day of the final Test at Nagpur we were reminded that if we are being brutally honest, they were not.
This was the very definition of attrition al England barely scored at more than two an over and there were plenty of umpiring shockers in a series that has been littered with them. Oh for the days of for an over and the DRS eh?
Two English batsmen batted for 28 balls for a solitary run. Alastair Cook could blame poor umpiring for his LBW dismissal but Ian Bell looked every bit an England batsman from the 1990s as he chipped tamely to extra-cover.
Even Kevin Pietersen could not get going scoring 73 from 188 deliveries. Of the 97 overs bowled by India, there were enough dot balls to make up 80 of them; not exactly inspiring stuff if you tuned in at 4am in the UK. Although if you were after a cure for insomnia then this probably did the trick. 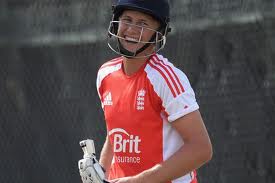 Despite all that, England can take some positives from the day. They were wobbling badly before Joe Root, making a surprise debut in place of Samit Patel, who surely now is waving goodbye to his Test career, came together with Matt Prior to put on an unbroken stand of 60 for the sixth wicket and take the away side to 199/5 at stumps.
Captain Cook has talked plenty on this tour about the importance of selling your wicket dearly, and while the English batsmen certainly looked like they were setting out to bat time, a number of the dismissals should have been avoided. Trott left a straight one after a composed 44 and Pietersen clipped tamely to midwicket.
Ms Dhoni seemed to have decided that keeping the runs down was enough and his team waited patiently for England to make mistakes. The pitch is even slower and lower than what we saw in the first Test in Ahmedabad, and clearly unsuitable for cricket at this level, but we will not know for sure what a good score is until both sides have batted. England will be hoping to push up to 300 for starters and with Tim Bresnan back in the side for the injured Steven Finn they do at least bat a little deeper.