In Woodward’s book ‘Winning’ he devotes an entire chapter to it, saying that it is not just the ability to bounce back from losing a match, but from every setback throughout a match, be it half-time or conceding points – it is all about mindset.

England showed that they have the ability to respond to adversity within a match in Ahmedabad, in fact over the last few years they have often responded well to a heavy defeat, and they need to find that magic formula again. 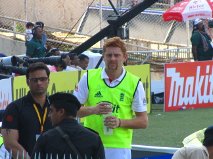 Team selection has dominated most of the talk since the first Test concluded on Monday, with many pundits calling for big changes, but that is unlikely. Jonny Bairstow, moustache and all, will come in for Ian Bell, but Samit Patel will keep his place. This England management is not in the habit of dropping players for fun, and Patel was the victim of two bad decisions at the Motera. Whether he should be in the side is debateable, and unless he gets runs this time out expect Bell to replace him for the third Test.

Monty Panesar is almost certain to play, but instead of who is an interesting debate. It will almost certainly be for Tim Bresnan, but for the first time in a while Stuart Broad, the vice-captain for this tour, is under genuine pressure. He is supported by the management, so expect him to keep his place, but if Steven Finn recovers for Kolkata and Broad under performs again then things could get very interesting.

India has no such troubles and their Head Coach Duncan Fletcher will simply be asking for more of the same. England need to follow the lead set by Graeme Swann and bowl with greater discipline and control if they are to restrict the batsmen, especially should India bat first. Sehwag got his team off to such a flyer on the first morning last time out that England struggled to recover.

Alastair Cook and Matt Prior showed that the spinners are not lethal, and that the minefield is as much in the mind as it is on the pitch. Others need to follow their lead. 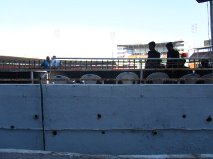 For the fans Mumbai will be a great relief compared to Ahmedabad, but there is of course the Sachin factor. Playing on his home ground, and having not fired last time out England he will be especially focussed, but it is impossible to think that things could go worse than they did on the first three days of this series, so England fans will be praying for a strong response and plenty more to cheer.